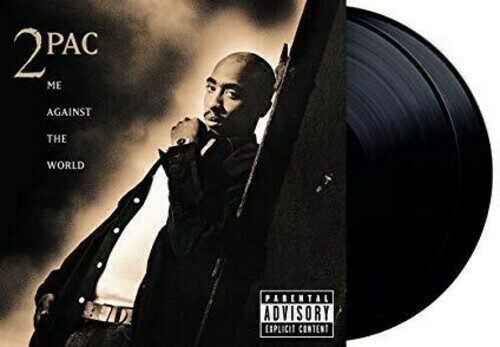 2Pac / Me Against The World

Double vinyl LP pressing. In honor of Me Against The World's 25th anniversary, Interscope/Urban Legends is reissuing 2Pac's third studio album, considered by many to be his most poetic and cohesive masterpiece. Recorded when he was just 23-years-old, and released while facing an impending prison sentence, it is a lyrical tour-de-force that touches on the issues of poverty and violence. The album solidified 2Pac as one of the greatest rappers of all time. Includes standout anthems like 'Temptations' and 'So Many Tears.'