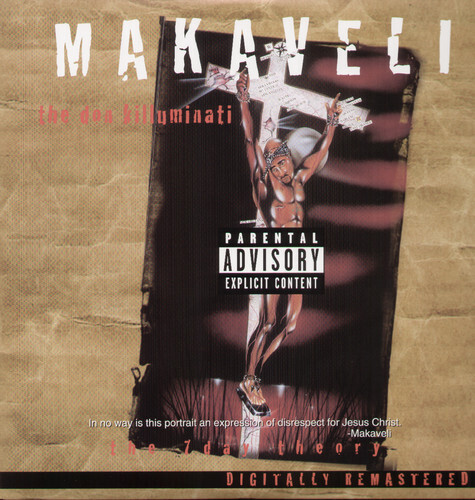 The Don Killuminati: The 7 Day Theory (commonly shortened to The 7 Day Theory or Don Killuminati and sometimes called Makaveli) is the sixth studio album by Tupac Shakur. Released under his new stage name Makaveli, it was his first studio album to be posthumously released.[9] The album was completely finished in a total of seven days during the first week of August 1996. The lyrics were written and recorded in only three days and mixing took an additional four days. These are among the very last songs Shakur recorded before his fatal shooting on September 7, 1996. The album was originally due for release in March 1997, but due to his death, Suge Knight released it four months earlier. George "Papa G" Pryce, Former Head of Publicity for Death Row, claimed that "Makaveli which we did was a sort of tongue-in-cheek, and it was not really to come out, [but] after Tupac was murdered, it did come out... Before that, it was going to be a sort of an underground."