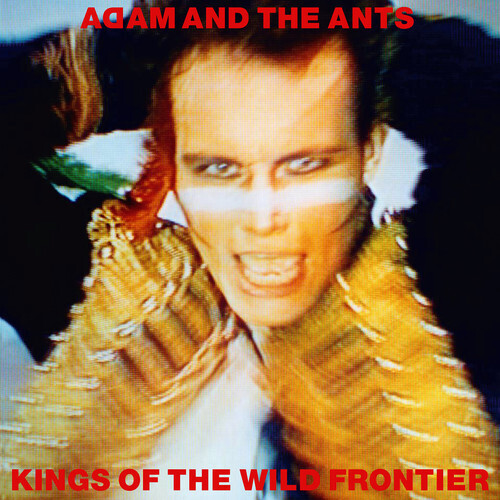 Adam & The Ants / Kings of the Wild Frontier

Limited vinyl LP pressing includes the original UK track listing. Digitally remastered edition of the 1980 album by Adam Ant and his band of merry Ants. Kings Of The Wild Frontier was the band's second album and their commercial breakthrough. After having his previous backing band wooed away by producer Malcolm McLaren, who used them to form Bow Wow Wow, Adam Ant recorded Kings Of The Wild Frontier with guitarist Marco Pirroni as his new writing partner. The album was released in November of '80 and reached #1 in the UK Album Chart. It spawned three hit singles: "Kings of the Wild Frontier", which was released in July and reached #2 in the UK Singles Chart; "Dog Eat Dog", which reached #4; and 'Antmusic', released in December and reaching No. 2, as well as #1 in Australia. The album was the UK's #1 selling album in 1981 and won Best British Album at the 1982 Brit Awards.