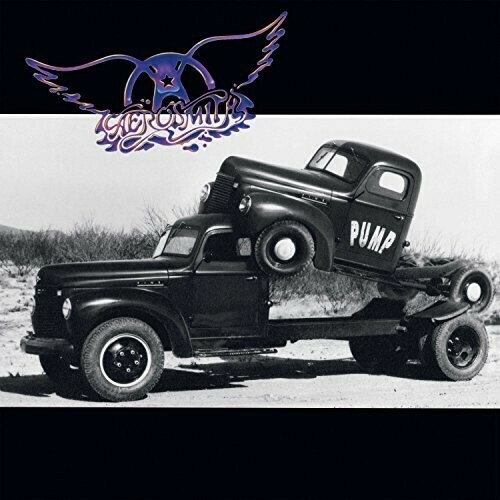 Limited 180 gram vinyl LP pressing of this album from the classic rock band. Pump is the tenth studio album by Aerosmith, released on September 12, 1989. Pump incorporates the use of keyboards and a horn section on many of the singles ("Love in an Elevator", "The Other Side"), and contains straightforward rockers ("F.I.N.E.", "Young Lust"), the ballad "What It Takes", songs about issues such as incest and murder ("Janie's Got a Gun") and drug and alcohol abuse ("Monkey on My Back"), [4] as well as a variety of instrumental interludes such as "Hoodoo" and "Dulcimer Stomp." The album has certified sales of seven million copies in the U.S. and is tied with it's successor Get a Grip as Aerosmith's second best-selling studio album in the U.S. (Toys in the Attic leads with eight million).