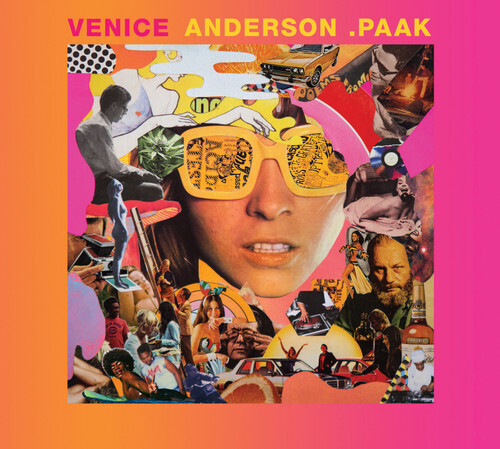 Vinyl LP pressing. Anderson Paak is quickly making noise as one of H&B's hottest up and coming acts. He was named to Rolling Stone Magazine "10 Artists You Need To Know” in November 2014. He was also a part of select dates for Jhene Aiko's Enter the Void tour. Born in Oxnard, California this Ventura county native has made his way into the now explosive Los Angeles music scene as a drummer/producer/vocalist /singer/songwriter. Credited for his efforts on the title track and starring role on popular Internet show, RUN DMZ. He has current features and production with several notable artists - Shafiq Husayn, Tiron & Ayomari, Wax, Dumbfoundead, and Watsky. Anderson Paak delivers a finite process in remaking alternative rock classics from beloved bands into compelling, funkier versions by extracting every bit of soul, jazz, hip-hop, electronic funk, and R&B from these great tunes- simultaneous paying homage to some of his all-time favorite songs and bands.