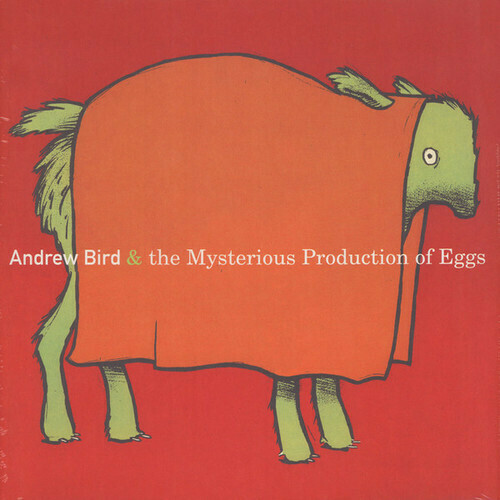 Vinyl LP pressing. Andrew Bird is a previously unimaginable combination of songwriter, violinist, guitarist, vocalist and professional whistler. His unfailingly unique and striking music has been dumbfounding audiences for years. 2005's The Mysterious Production of Eggs, served as his second album on Righteous Babe Records and follow-up to Weather Systems, his critically-acclaimed 2003 mini-LP. The recording sessions for Mysterious Production saw Bird scrap the album three times and travel between studios in Chicago, Los Angeles and his own home studio on a farm in Northern Illinois. The album took final shape with the production help of David Boucher, whose credits include Paul Westerberg, Lisa Loeb, and Randy Newman. Bird plays most of the instruments on Mysterious Production, and is joined by a handful of special guests complimenting his already lush sonic palette. The results are magnificent, a powerhouse of a record dealing with nothing less than the mysteries of childhood, creativity and modern science - epic in scope and minute in detail.