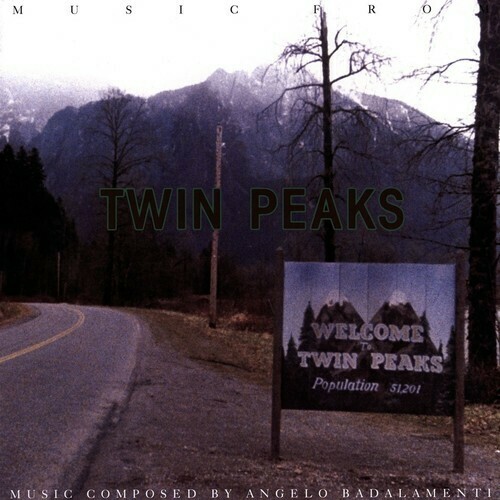 Limited 180gm vinyl LP pressing. Original score to the original 1990 TV series composed by Angelo Badalamenti. Contains three vocal songs by Julee Cruise, including the hit theme "Falling". In fall 1989, composer Angelo Badalamenti and director David Lynch created the score for the show. In 20 minutes they produced the signature theme for the series. Badalamenti called it the "Love Theme from Twin Peaks". Lynch told him, "You just wrote 75% of the score. It's the mood of the whole piece. It is Twin Peaks." While creating the score, Lynch often described the moods or emotions he wanted the music to evoke, and Badalamenti began to play the piano. In the scenes dominated by young men, they are accompanied by music that Badalamenti called Cool Jazz. The characters' masculinity was enhanced by finger-snapping, "cocktail-lounge electric piano, pulsing bass, and lightly brushed percussion." A handful of the motifs were borrowed from the Julee Cruise album Floating into the Night, which was written in large part by Badalamenti and Lynch and was released in 1989.