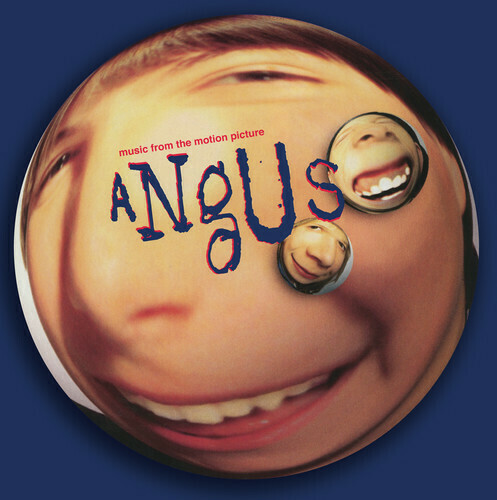 The film's soundtrack accurately reflects the melodic ideas prevalent in the alternative rock scene at the time. Most of the bands perform songs that closely resonate with the themes of the film while keeping a fast yet upbeat tone, a sharp departure from the age of grunge, which had just reached it's twilight. (It should be noted that Angus' penchant for flannel and denim, as well as his defeatist persona, are concepts more closely associated with grunge.) However, several key songs are absent in the CD that was released, most notably "Fade into You" by Mazzy Star, the song that was played as Angus and Melissa danced, and "Rubella" by the Smoking Popes. Weezer's initial offering, a song entitled "Wanda (You're My Only Love)" (or sometimes just "Wanda"), was written specifically for the movie but rejected for being "too much of a strict interpretation of the movie" and for not sounding enough like what was expected of Weezer at the time. The previously written, more uptempo "You Gave Your Love to Me Softly" was used instead, and the rejection of the former song was known to have hurt Weezer's singer and songwriter Rivers Cuomo at the time. Though Weezer never properly recorded "Wanda", Cuomo released his 1994 demo of the song (along with the story of the song's submission and rejection) in 2007 on the album Alone: The Home Recordings of Rivers Cuomo. The unique version of "Am I Wrong" by Love Spit Love, mixing marching band horns into the original version of the song which interplay well with Richard Butler's raw vocals. Green Day contributed "J.A.R. (Jason Andrew Relva)", a song written by bassist Mike Dirnt about his friend who died in a car accident when he was 19. This song peaked at number one on the Modern Rock Billboard charts of 1995. This song was later released on their 2001 greatest hits album, International Superhits. Meanwhile, Green Day singer Billie Joe Armstrong co-produced "Back to You" by the Riverdales with producer Mass Giorgini, which was featured during the dance sequence at the high prom in the film. The music supervisors for Angus were Elliot Cahn and Jeff Saltzman, who, at the time, also managed two of the soundtrack's artists: Green Day and The Muffs.