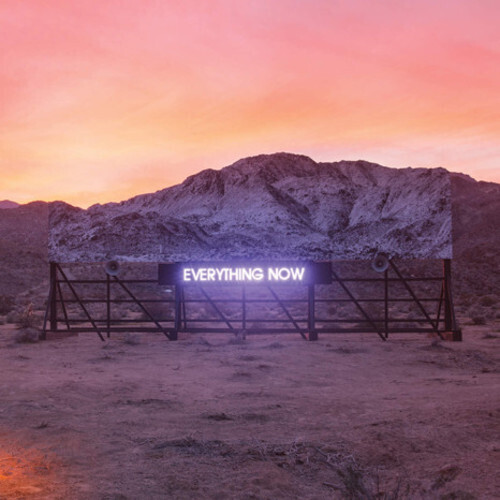 Limited 180gm vinyl LP pressing in gatefold jacket. 2017 release, the fifth album from the Canadian alt-rock band. Everything Now was produced by Arcade Fire, Daft Punk's Thomas Bangalter, and Steve Mackey, with co-production by Markus Dravs. It was recorded at Boombox Studios in New Orleans, Sonovox Studios in Montreal, and Gang Recording Studio in Paris. Founded in 2001, the band came to prominence in 2004 with the release of their critically acclaimed debut album Funeral. Their second studio album, Neon Bible, won them the 2008 Meteor Music Award for Best International Album and the 2008 Juno Award for Alternative Album of the Year. Their third studio album, The Suburbs, was released in 2010 to critical acclaim and commercial success. It received many accolades, including the 2011 Grammy for Album of the Year, the 2011 Juno Award for Album of the Year, and the 2011 Brit Award for Best International Album. In 2013, Arcade Fire released their fourth album, Reflektor, and scored the feature film Her, for which band members William Butler and Owen Pallett were nominated in the Best Original Score category at the 86th Academy Awards.