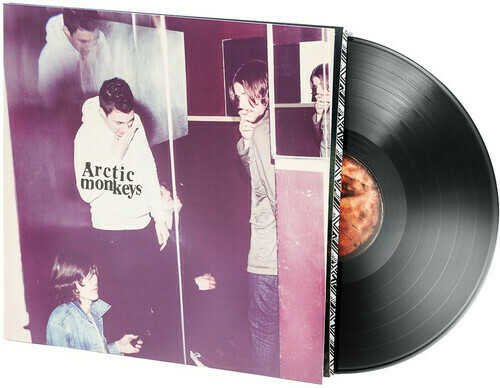 Vinyl LP pressing. 2009 release, the third album from Sheffield's Arctic Monkeys. Humbug finds the band brimming with vim, vigor and new ideas. They brought in a new production accomplice, Josh Homme (Queens of the Stone Age), for some of the recording. He generously hosted and produced tracks with them at his Joshua Tree studio. Then they rejoined forces with James Ford (Simian Mobile Disco), producer of the previous two Arctic Monkeys and Last Shadow Puppets albums, in Brooklyn, NY to complete the tracks that became Humbug. The album is a stunning set of songs both heavier and lush than previous albums but still full of the Monkeys usual punch and vitality.