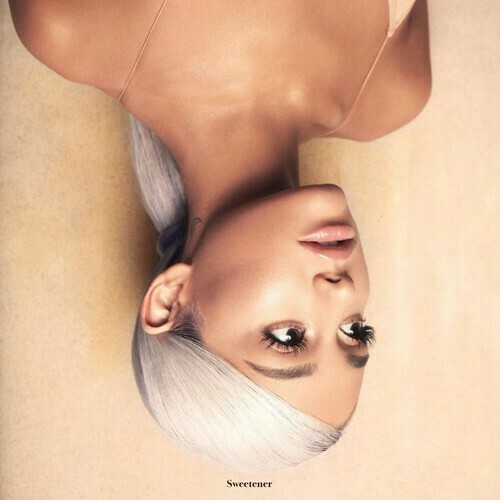 UK double vinyl LP pressing. 2018 release, the fourth album from Ariana Grande, the Grammy Award-nominated, multi-platinum, record-breaking superstar that has emerged as one of the most magnetic and massively successful performers in pop music today. The album features the #1 smash 'no Tears Left To Cry,' as well as 'The Light Is Coming' (featuring Nicki Minaj) and 'God Is A Woman.' With the release of 'no tears left to cry,' she became the first artist in music history to see the lead single from her first four albums debut in the Top 10 on Billboard Hot 100. By the age of 24, Ariana Grande delivered three platinum-selling albums in addition to nabbing four Grammy Award nominations and landing eight hits in the Top 10 on the Billboard Hot 100 chart.