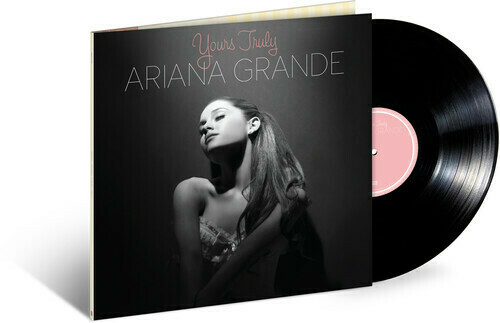 Vinyl LP pressing. Yours Truly is the debut studio album by Ariana Grande, originally released in September 2013. Incorporating R&B, Yours Truly was influenced by Whitney Houston, Amy Winehouse, Christina Aguilera and Mariah Carey, amongst Grande's other idols. Grande describes the album's first half as a "throwback" to the R&B music of the 1990s, and the second half being "very unique and very special that I've sort of written" which is completely original. On the album, Grande co-wrote six out of the twelve tracks. Contribution by Harmony Samuels, Kenneth "Babyface" Edmonds, Patrick "J. Que" Smith and Victorious co-star Leon Thomas III, as well as others, handling the production on the album.