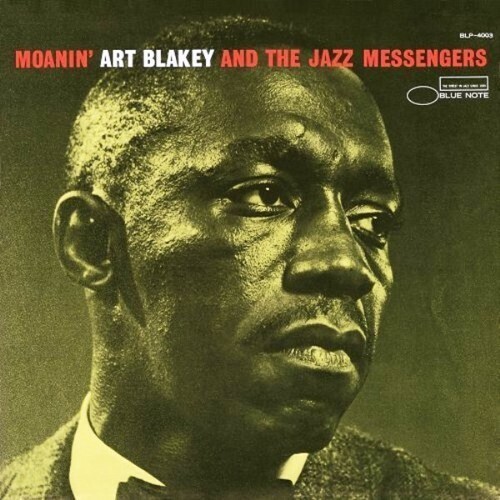 Limited vinyl LP repressing. Moanin' was originally recorded in 1958. This was Blakey's first album for Blue Note in several years, after a period of recording for a miscellany of labels, and marked both a homecoming and a fresh start. Originally the LP was self-titled, but the instant popularity of the bluesy opening track "Moanin'" (by pianist Bobby Timmons) led to it's becoming known by that title. The album stands as one of the archetypal hard bop albums of the era, for the intensity of Blakey's drumming and the work of Morgan, Golson and Timmons, and for it's combination of old-fashioned gospel and blues influences with a sophisticated modern jazz sensibility. A Blue Note essential, this excellent vinyl repressing is part of the Blue Note 75 anniversary vinyl reissue campaign. Key to the initiative is high quality audio at affordable prices.