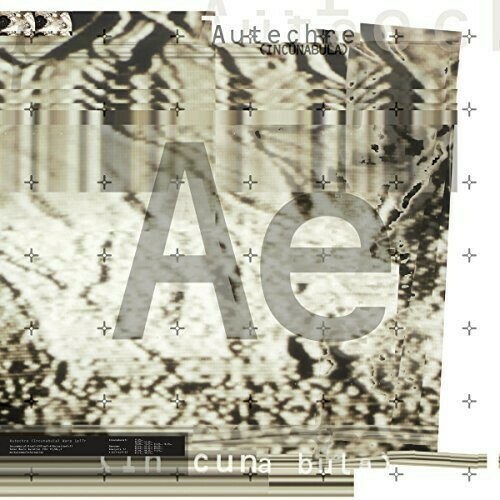 Vinyl LP pressing includes digital download and housed in a gatefold sleeve. Incunabula, the debut full-length offering from Autechre finally made available again on vinyl, having been out of print on vinyl since 2001. Having first emerged onto a post-acid house 1993, Incunabula was released as part 7 of the now legendary Artificial Intelligence series of albums and compilations from Warp. A series that gave us early records from artists who went on to sculpt the electronic landscape both in and out of the club. Being lined up against such contemporaries as Black Dog Productions (Balil and Plaid) Aphex under his Polygon Window guise, Richie Hawtin's FUSE project, Speedy J, B12 & on the series' closing compilation, artists as diverse as Seefeel, Richard H Kirk & The Higher Intelligence Agency. Incunabula set the tone for the following landmark albums from Ae, huge caustic dissections of sound that almost resemble vast mathematical equations more than they do club fodder (though tracks like the breakbeat whip crack of Doctrine and the acidic euphoria of Maetl, which when deployed by the right DJ will go off). For those just arriving at the edge of Ae's world and are looking for an entry point into the sprawling discography of the group, or those of you looking to delve into the pre-MaxMSP archives, this is the record for you. There is not much we can say that has not been said before, but this truly is a landmark album of UK electronica, a legendary recording that still even after twenty-six years still sounds like a future we are yet to arrive at. Included with this release is a download of an original Autechre live set, previously only available in the Autechre webstore, with artwork by long time creative collaborators The Designers Republic.