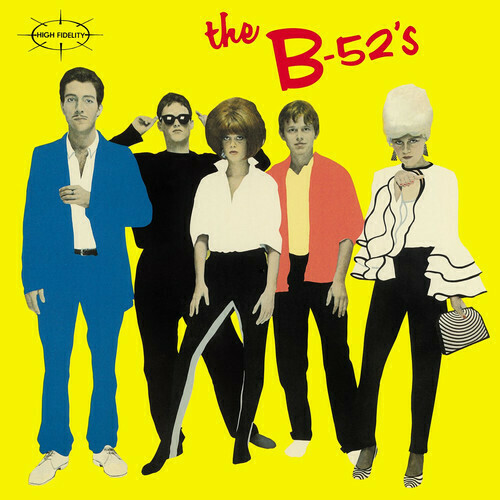 Vinyl LP pressing. The debut album from The B-52's. Contains the singles "Rock Lobster", "Planet Claire", and "Dance This Mess Around". The B-52s are an American new wave band, formed in Athens, Georgia in 1976. Rooted in new wave and 1960s rock and roll, the group later covered many genres ranging from post-punk to pop rock. The "guy vs. Gals" vocals of Schneider, Pierson, and Wilson, sometimes used in call and response style ("Strobe Light," "Private Idaho," and "Good Stuff"), are a trademark.