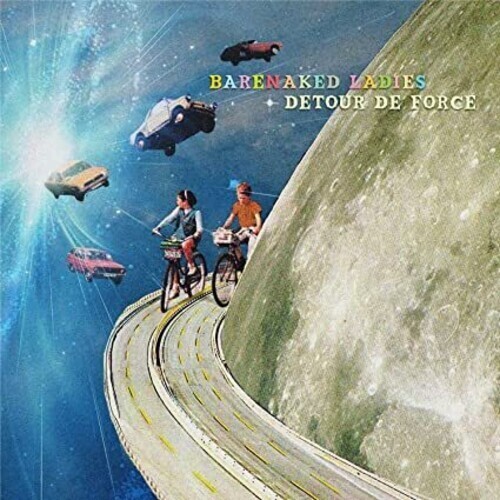 Over the course of their career, the Grammy-nominated Barenaked Ladies has sold 15 million records worldwide and built up an arsenal of hits such as "If I Had $1,000,000," "One Week," "Pinch Me" and "The Big Bang Theory Theme." Widely acknowledged as one of the best live acts on the planet, the BNL was inducted into the Canadian Music Hall of Fame during 2018. As Ed Robertson, Jim Creeggan, Tyler Stewart and Kevin Hearn put it on Detour de Force, "Wasn't easy but it turned out alright/Wouldn't trade it for another...You don't wanna miss this mutha."

Detour de Force is led by the buoyant and sonically adventurous first single "Flip," which reflects the many flips and changes of the last year. It's a song that Ed says, "is about being open to other perspectives. We try to write songs that move us, that are big. I think this is a song that's going to be a real energy moment in the live show."

Following with standout tracks "New Disaster" and "Good Life," Detour de Force is Barenaked ladies at its most ambitious, accomplished, intricate, intentional - and, in some ways, circumstantial. The good news is that it's BNL's most broad-reaching and diverse work to date.

Detour de Force is Barenaked Ladies' 16th studio album and is being released on Raisin' Records, which is distributed by MRI.