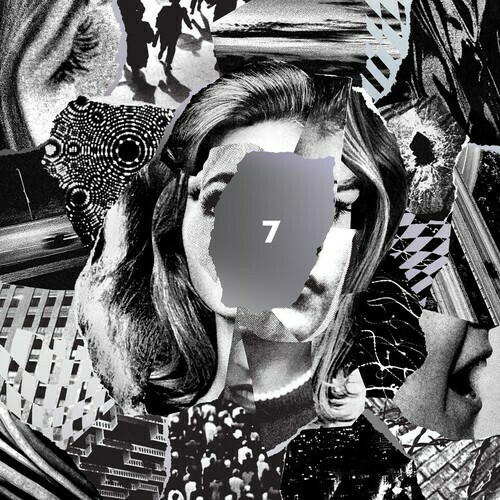 Vinyl LP pressing. 2018 release, the seventh full length album from dream pop band Beach House. "At it's release, we will have been a band for over 13 years. We have now written and released a total of 77 songs together. Throughout the process of recording 7, our goal was rebirth and rejuvenation. We wanted to rethink old methods and shed some self-imposed limitations. In the past, we often limited our writing to parts that we could perform live. On 7, we decided to follow whatever came naturally. As a result, there are some songs with no guitar, and some without keyboard. There are songs with layers and production that we could never recreate live, and that is exciting to us. Basically, we let our creative moods, instead of instrumentation, dictate the album's feel. For 7, we built a home studio, and began all of the songs there. Whenever we had a group of 3-4 songs that we were excited about, we would go to a "proper" recording studio and finish recording them there, in the process shortening the amount of time between the original idea and the finished song. 7 didn't have a producer in the traditional sense. James Barone, who became our live drummer in 2016, played on the entire record. We also worked with Sonic Boom (Peter Kember), who became a great force on this record by shedding conventions and helping to keep the songs alive, fresh and protected from the destructive forces of recording-studio over-production/over-perfection."