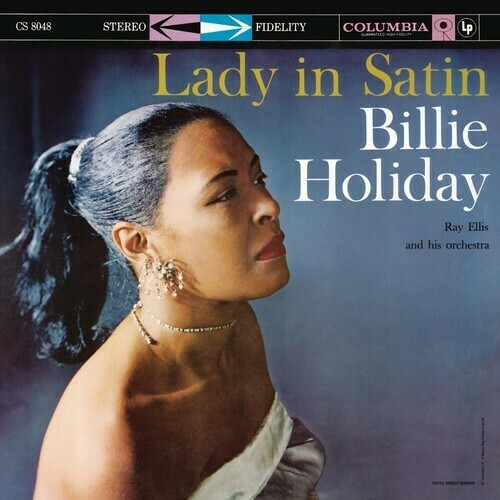 Limited vinyl LP repressing of this classic 1958 album by the jazz icon. Lady in Satin is the penultimate album completed by the singer and last released in her lifetime. The original album was produced by Irving Townsend, and engineered by Fred Plaut. The song material for Lady in Satin derived from the usual sources for Holiday in her three decade career, that of the Great American Songbook of classic pop. Unlike the bulk of Holiday's recordings, rather than in the setting of a jazz combo Holiday returns to the backdrop of full orchestral arrangements as done during her Decca years, this time in the contemporary vein of Frank Sinatra or Ella Fitzgerald on her Songbooks series. The album consists of songs Holiday had never recorded before. The arrangements were by bandleader Ray Ellis, Holiday familiar with his Ellis in Wonderland album. Soloists on the album included Mel Davis, Urbie Green, and bebop trombone pioneer J.J. Johnson.