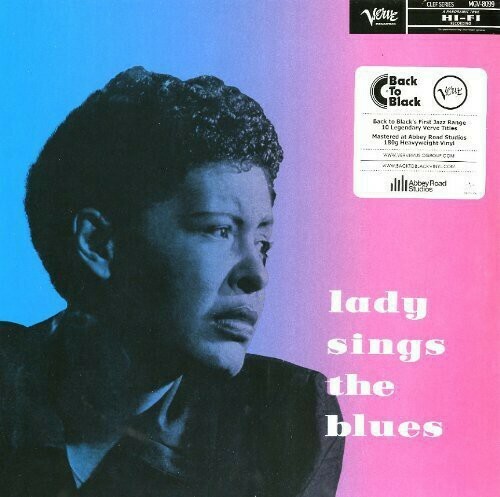 Vinyl LP repressing of this album from the Jazz legend. The Los Angeles sessions dating from 1954 offer a fresher-sounding Billie, but that in no way diminishes the quality of the songs recorded in New York City. When it was originally released on Clef records, Down Beat magazine gave the album a glowing review and five stars. In their review of the 78-rpm release of 'Love Me Or Leave Me' coupled with 'I Thought About You,' Down Beat said: 'What counts is the penetratingly personal presence of Lady Day.' When the album came out, there was a concert at New York City's Carnegie Hall on 10 November 1956 featuring much of this material along with readings from her autobiography. It was a sellout and despite the limitations with Billie's voice she delivered a superb performance. In less than three years, however, she would be dead.