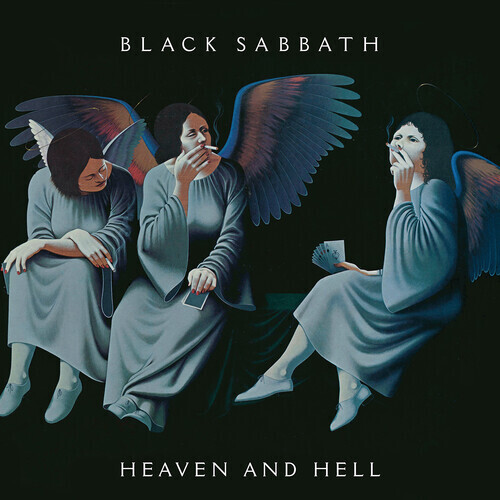 Double vinyl LP pressing. Digitally remastered and expanded deluxe edition adds several bonus tracks that have never been released in North America, including versions of Children Of The Sea and Die Young recorded live in 1980 in Hartford, CT. The set concludes with live rarities like E5150 and Neon Knights that originally appeared in 2007 on the Rhino Handmade's limited edition collection, Black Sabbath: Live At Hammersmith Odeon. Heaven and Hell is the ninth studio album by Black Sabbath, originally released in April 1980. It is the first Black Sabbath album to feature vocalist Ronnie James Dio, who replaced original vocalist Ozzy Osbourne in 1979. Produced by Martin Birch, the album was a commercial success, particularly in the United States, where it reached number 28 on the Billboard 200 chart and was certified platinum for 1 million sales.