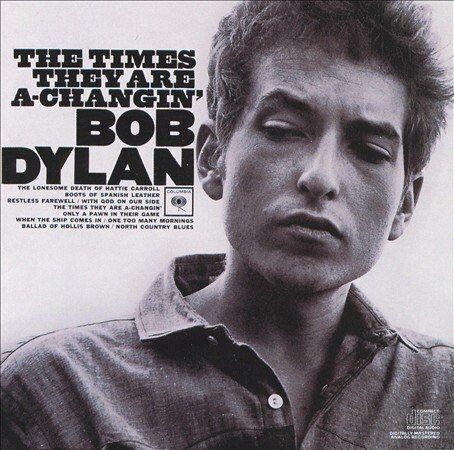 Bob Dylan / The Times They Are A Changin' (Import)

Bob Dylan (vocals, acoustic guitar, harmonica). Engineers include: Stan Tonkel, George Kneurr, Peter Dauria. Recorded at Columbia Recording Studio, New York, New York in August -October 1963. On his third album, Bob Dylan both redefined and expanded his musical palette. Feted as a protest singer, a definition he rejected, he brought new insight to the genre, particularly with "Only A Pawn In Their Game," in which he paints a wider canvas relating to the murder of civil rights leader Medgar Evers. Dylan's love songs herein are particularly poignant, their stark acoustic setting enhancing a graphic lyricism. The title song boasts a wonderful ambiguity, managing to be both political and personal, the latter aspect suggesting the changes Dylan would bring to his music. His last album as a folk artist per se, THE TIMES THEY ARE A-CHANGIN' is yet another essential Dylan collection.