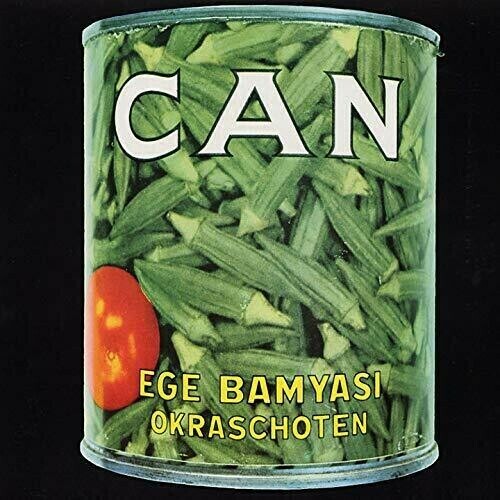 Mute and Can are excited to announce the repress of Ege Bamyasi on limited edition green vinyl.

Can was founded in 1968 by Irmin Schmidt, Holger Czukay, Michael Karoli and Jaki Liebezeit who formed a group which would utilise and transcend all boundaries of ethnic, electronic experimental and modern classical music.

Ege Bamyasi drops the haze and hits with a sharp pang from the get-go. Often described as the “tense” Can album, Ege Bamyasi is actually the band at its most focused, bolstered in part by the excellent performance of the single “Spoon”. The proto synth-pop (or synth-rock) song was used as the theme to a popular German television show. The album most famously includes “Vitamin C” which according to Pitchfork is “…still the best funk ever to come out of Europe.”

Can’s powerful influence has never diminished, and their indelible mark is apparent in the bands who freely acknowledge their importance - from Portishead, James Murphy, New Order, Factory Floor, Public Image Ltd, Mogwai, Kanye West (who sampled ‘Sing Swan Song’) to Radiohead - as well as artists creating across other disciplines including visual art and literature.