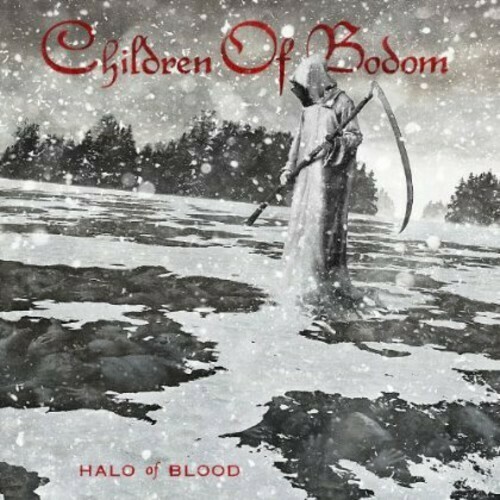 Children Of Bodom / Halo Of Blood

Vinyl LP pressing. 2013 release, the eighth studio album from the Finnish Melodic Death Metal band. The album was recorded at Danger Johnny Studios in Helsinki. For the recording of the LP, the band teamed up with recording engineer Mikko Karmila, who worked with the band on their fan-favorite albums Hatebreeder, Follow the Reaper and Hate Crew Death roll, as well as Swedish producer Peter Tägtgren who oversaw production of both vocals and keyboards on the record. The album was mixed at Finnvox Studios in Helsinki. The cover art was created by Sami Saramäki, who was responsible for the artwork on previous Children of Bodom albums Follow the Reaper, Are You Dead Yet? and Hate Crew Death roll.