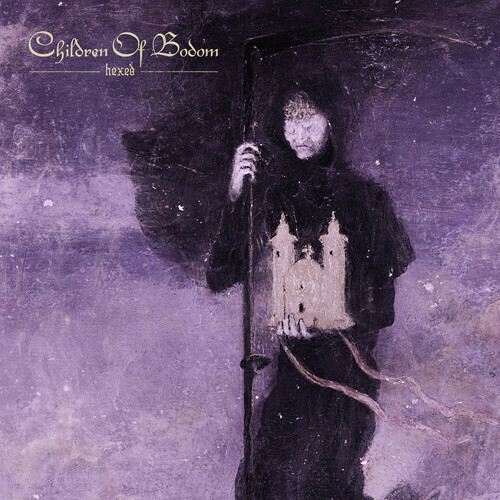 Limited purple colored vinyl LP pressing. Children Of Bodom Hexed (Purple) Formed in Espoo, Finland in 1993, CHILDREN OF BODOM had an extraordinary start to their career. Their '90s take off was impressive, almost all of their albums have earned platinum or gold status in Finland and over the past twenty five years they've become regulars on some of the world's biggest stages. 2019 beckons in a new era for a revitalized and bloodthirsty Hate Crew, who will present their 10th studio album "Hexed" on March 8th. It's been three years since the release of "I Worship Chaos". History tells us that having an extensive time frame to work on a project can often result in procrastination and loss of focus - but with "Hexed" the reverse has manifest in this 11 track, impressively stripped back melo-death, rock-n-roll-rampage. "Hexed" is a high-energy, up-tempo record seething with new life but also all of the Children of Bodom trademarks that millions of fans around the world have grown to appreciate. Their mix of melo-death meets blackened thrash with a neo-classical twist, and piercing keyboards peppered with the band's venomous vocal bile, is what makes a Bodom spread so engaging. And it also explains why the Hate Crew continues to wow crowds across the globe, their reputation continues to grow as a fearsome live act with incredible technical proficiency.