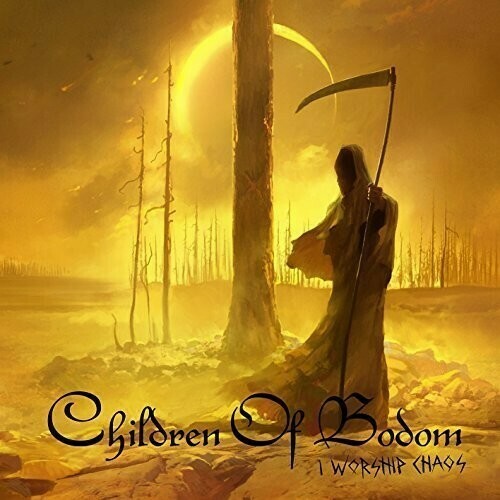 Children Of Bodom / I Worship Chaos

Vinyl LP pressing. Children of Bodom's skyrocketing start in the mid-90s was a takeoff that newcomer metal bands are still being measured against till this day, almost all of their albums earned gold or even platinum status in their home country and over the past two decades they've become regulars on some of the world's biggest stages. Brought into existence in 1993 by childhood pals Alexi Laiho and Jaska Raatikainen at the astoundingly young age of 13 and 14 years respectively, the Finnish formation was completed by keyboardist Janne Wirman and bassist Henkka Seppälä prior to the recordings of their trailblazing 1997-debut Something Wild - two additional highly gifted musicians who were devoted to heavy metal wholeheartedly and were to form a congenial entity with Alexi and Jaska that would bring forth stunningly innovative creations time and again over the course of the following seven studio releases.