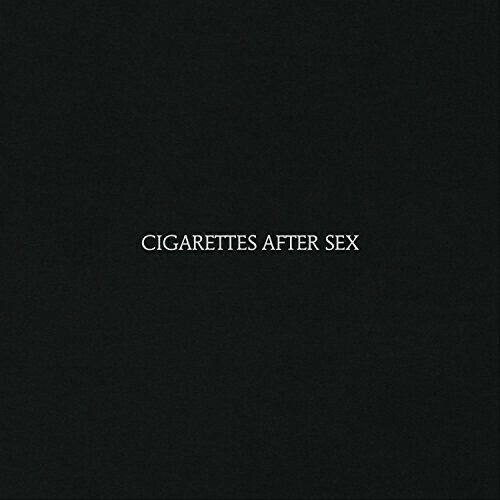 Cigarettes After Sex / Self Titled

Vinyl LP pressing, includes digital download. Cigarettes After Sex main man Greg Gonzalez's ability to set a scene and sustain a mood reels you in deeply. On album opener K., a tale of blossoming love etched in tiny details luxuriates over chiming guitars; on the hymn to romantic compulsion of Each Time You Fall in Love, the suspended animation of Angelo Badalamenti's heart-stopping Twin Peaks music is echoed. Sunsetz and the gently lilting Sweet, meanwhile, showcase Gonzalez's ability to weave impressionistic snapshots of romance into melodies that haunt like memories of past loves, all coalescing around his melting vocals. Elsewhere, Gonzalez mounts movies in miniature with the photographic references of Flash and Fitzcarraldo echoes of Opera House, a song so lovingly languid it could, conceivably, soundtrack a man hauling ships over mountains for love. And, just as every good film-maker knows the need for a killer finale, so Gonzalez closes the album with the retro-romantic swing and teasingly filthy put-downs of Young & Dumb, which brings the album to a close with good, timeless advice: Drive your car to the beach with the song on repeat... To mirror their woozy romanticism in music, Gonzalez rejected conventional studio routes for his band, which numbers Randy Miller on bass, Jacob Tomsky on drums and Phillip Tubbs on keyboards. Taking influence from The Cowboy Junkies' The Trinity Session (recorded in a church, single microphone), Cigarettes recorded most of the album in three days at the Sweatshop rehearsal space, Bushwick. The exception is Each Time You Fall in Love, which was recorded in the Beekman's stairway after hours, the ghosts of screen lovers channeled in every warm note. Like the best movie, Cigarettes After Sex holds you in a hell of a spell.