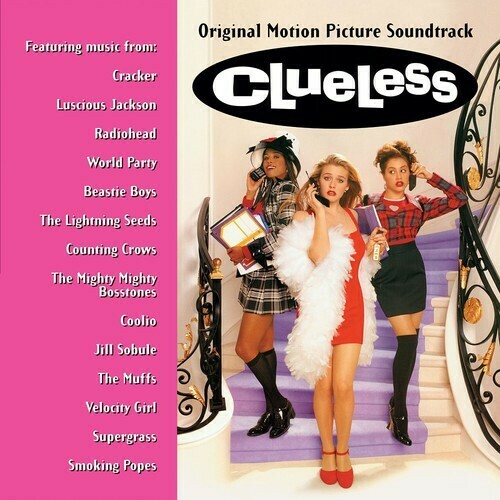 Vinyl, Original soundtrack to the 1995 cult classic film, available for the first time on vinyl for the 20th Anniversary of the film. The soundtrack includes The Muffs' cover of Kim Wilde's "Kids in America," and Counting Crows' live "The Ghost in You," Supergrass' "Alright," and an acoustic version of Radiohead's "Fake Plastic Trees." Other artists on the soundtrack include Beastie Boys, Cracker, World Party, Lightning Seeds and more. Clueless was loosely based on Jane Austen's 1815 novel Emma. The flim stars Alicia Silverstone (in the lead role), Stacey Dash, Paul Rudd, and Brittany Murphy. The film is set in Beverly Hills and was written and directed by Amy Heckerling and produced by Scott Rudin.