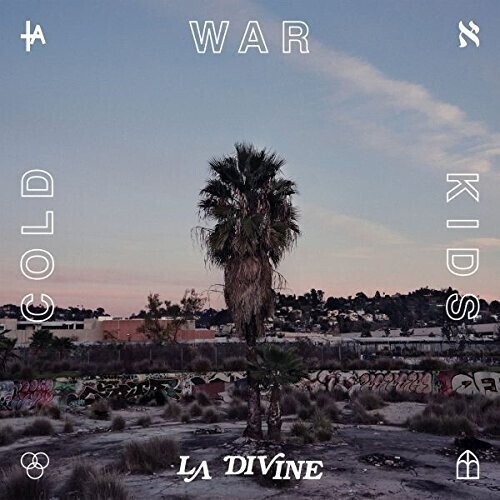 LA Divine, Cold War Kids most expansive and ambitious effort so far, pays tribute to Los Angeles in all it's strange glory, embodying the Long Beach-bred band s endless fascination with their adopted hometown. In many ways, LA is the least divine city, the most hedonistic and irreverent and disconnected from history, says Nathan Willett. "LA's so massive, I feel like I'm always finding something new in it," adds bassist Matt Maust. "It's an incredibly weird place, and I'm happy to have made an album that totally honors that weirdness." Includes the single 'Love Is Mystical.' Forming in 2004 in Fullerton, the band's early releases came from independent record label Monarchy Music. In 2006, Cold War Kids signed with Downtown/V2 and released their major label debut Robbers & Cowards to cult appeal from fans and critics. 2008's Loyalty to Loyalty and 2011's Mine Is Yours saw the band develop different musical sounds and lyrical content throughout. In 2013, Cold War Kids released their fourth album Dear Miss Lonelyhearts. The band then released their fifth album Hold My Home in 2014.