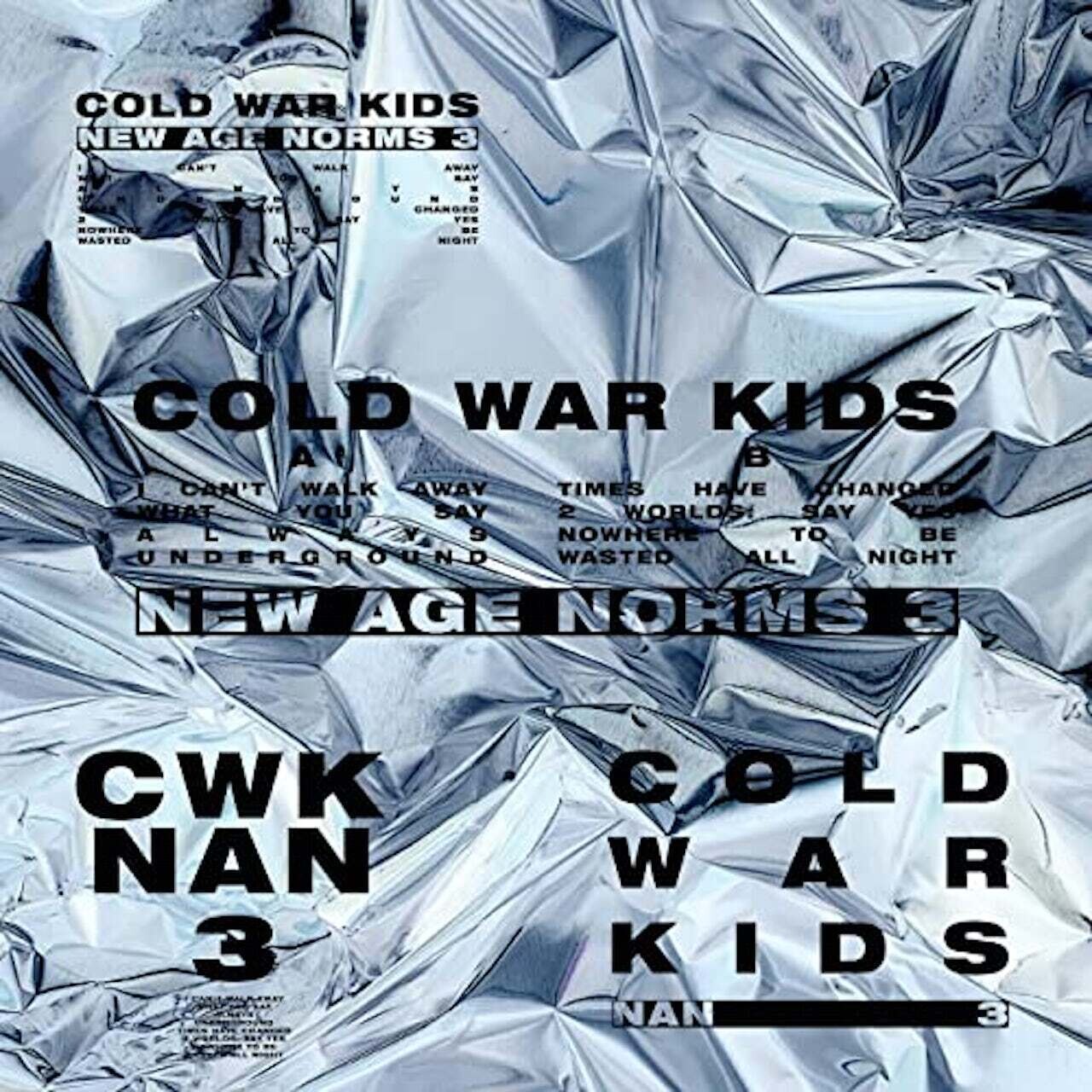 Vinyl LP pressing. 2021 release, the third installment in the band's New Age Norms series. Over their career, Cold War Kids have fielded music's seismic shifts while simultaneously sticking to their own game plan. Over the course of more than a dozen releases - including studio albums, multiple EPs, and a live album, non-stop tours and the festival circuit's biggest stages, massive radio, sales and streaming successes, the band has become a major part of the modern landscape. Their album New Age Norms 3 is the next chapter with the approach of taking apart the idea of what the band is and just trying to take the doors off a bit to see where it can go.