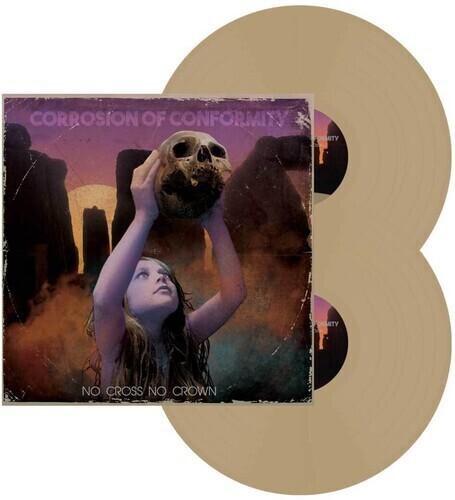 Corrosion Of Conformity / No Cross No Crown

For over three decades Corrosion of Conformity (COC) has been setting the standard when it comes to heavy music. The band's early records, "Eye for an Eye" (1984) and "Animosity" (1985), were influenced by punk pioneers Black Flag, Minor Threat and others. But they also were clearly influenced by bands like Black Sabbath, Judas Priest and other British metal bands that were beginning to take hold in the US. North America 2021 repress, limited to 1,500 worldwide