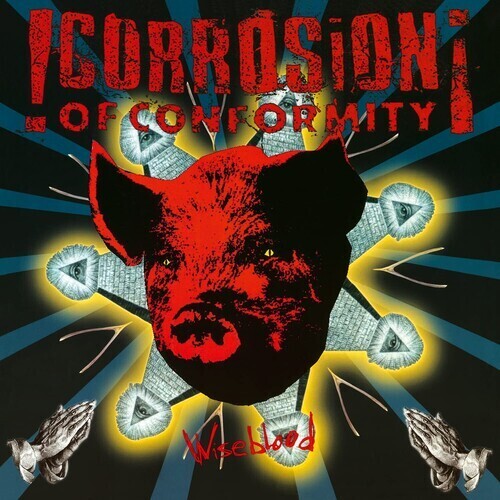 Wiseblood is one of the most well-known Corrosion of Conformity albums and was released in 1996 as the fifth studio album by the American heavy metal band. The album charted on the Billboard Top 200 Album Charts and peaked at #104. The history of Corrosion of Conformity in modern heavy music is highly significant, not least due to guitarist Pepper Keenan's formation of all-star project Down, along with Pantera's Philip Anselmo and members of Crowbar. HIGHLIGHTS: 180 gram audiophile vinyl. 2 printed innersleeves. Featuring the Grammy nominated song "Drowning in a Daydream." Guest appearance by Metallica's James Hetfield on "Man or Ash"