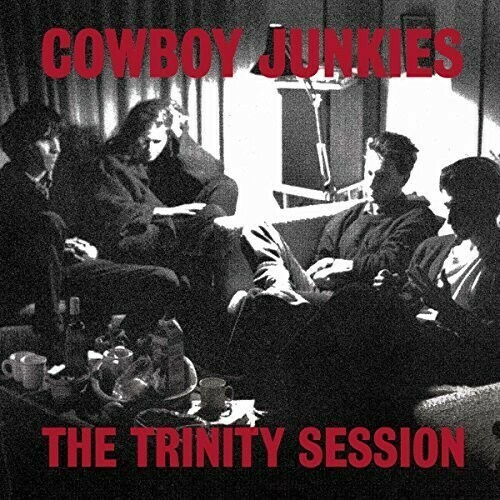 Limited 180 gram audiophile vinyl LP pressing in gatefold jacket. Includes two bonus tracks. The multi-platinum album The Trinity Session by Cowboy Junkies is to prove it's possible to create a fantastic album overnight; it was recorded in the night of 27th November 1987 using just one microphone, a DAT recorder and the wonderful acoustics of the Holy Trinity in Toronto. The album includes a mixture of original material by the band and covers of classic folk, rock and country songs, including the band's most famous single, a cover of The Velvet Underground's 'Sweet Jane'. The Trinity Session is completely remastered and includes two tracks that were previously not included on the album; 'Blue Moon Revisited' and 'Working On A Building'. The records are packed in a newly designed gatefold with additional photos and features new liner notes written by author and music editor Jason Schneider.