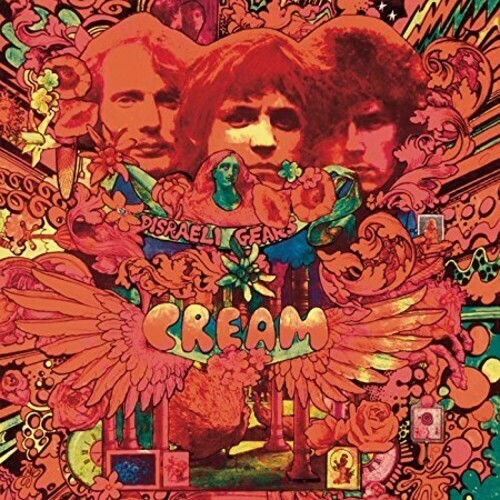 Limited 180gm heavyweight audiophile vinyl LP pressing of this album by the British rock supergroup featuring Eric Clapton on guitar, Ginger Baker on drums and Jack Bruce on bass. This vinyl is housed in a sleeve that features exact reproductions of original artwork in order to retain authenticity. Disraeli Gears was the British band's American breakthrough, released in 1967 and reaching # 4 on the American charts. This is Cream's second studio album, which also reached # 5 on the UK Albums chart. Disraeli Gears features many songs that are considered some of Cream’s finest including "Strange Brew", “Dance The Night Away” and "Sunshine Of Your Love".