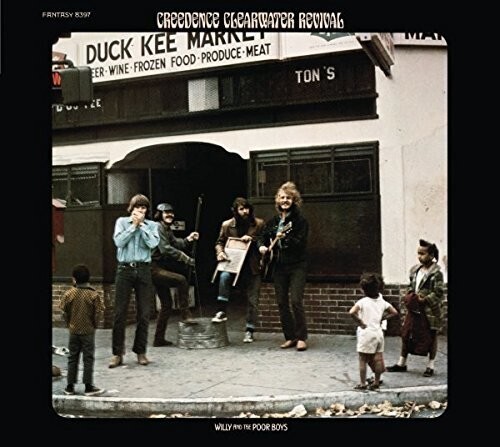 Vinyl LP repressing of this 1969 album. WILLY & THE POOR BOYS, the fourth album by one of the world's all-time greatest rock bands, Creedence Clearwater Revival, remains a top-selling album in the CCR catalog with over 2 million copies sold to date. Reaching the top 50 in six countries upon it's release, the album stands as a landmark international success and one that cemented the band's legacy as a vanguard of American rock 'n' roll. Contains the ubiquitous chart-topping hit, 'Down On The Corner,' which rocketed into the top 10 in the Billboard Hot 100 in the U.S. and continues to be a mainstay on classic rock radio today. Additionally, the visceral 'Fortunate Son' is included here - an incendiary protest song that became inextricably linked to the Vietnam war, resulting in it's addition to the National Recording Registry by the Library of Congress in 2014 for being 'culturally, historically, or aesthetically significant'.