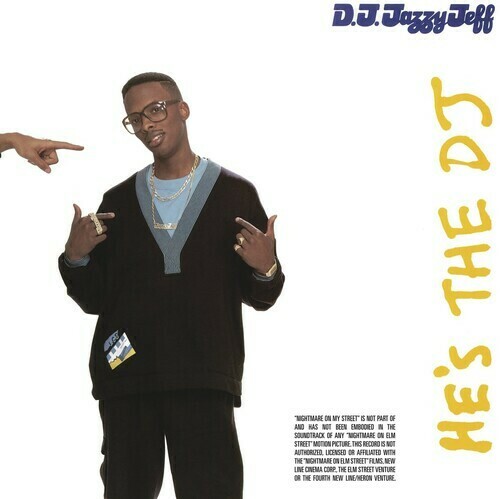 Double vinyl LP pressing in gatefold jacket. Includes digital download. He's the DJ, I'm the Rapper is the second studio album by hip hop duo DJ Jazzy Jeff & the Fresh Prince (AKA Will Smith). It was the first double album in hip hop music in it's original vinyl incarnation. The Recording Industry Association of America (RIAA) certified the album triple platinum on February 1, 1995, and is the duo's most successful album. In 1998, the album was selected as one of The Source magazine's 100 Best Rap Albums. The album's first single, "Brand New Funk", was only released promotionally. However, the album's second single, "Parents Just Don't Understand", won the first-ever Grammy Award for Best Rap Performance and reached #12 on the Billboard Hot 100. Although the album's third single, "Nightmare on My Street", which reached #15 on the Billboard Hot 100, was considered for inclusion in the movie A Nightmare on Elm Street 4: The Dream Master, the producers of the film decided against it's inclusion.