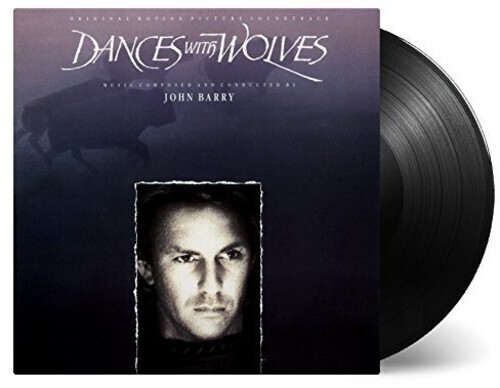 Limited vinyl LP pressing. Original score to the 1990 motion picture. John Barry composed the Oscar-winning score. Dances with Wolves is an epic Western film directed, produced by, and starring, Kevin Costner. It is a film adaptation of the 1988 book of the same name by Michael Blake and tells the story of a Union Army lieutenant who travels to the American frontier to find a military post, and his dealings with a group of Lakota Indians. The film is credited as a leading influence for the revitalization of the Western genre of filmmaking in Hollywood.