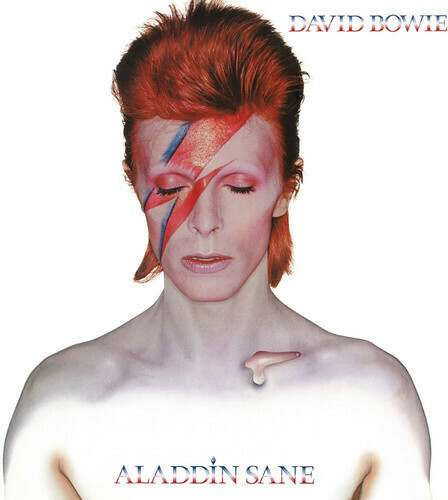 Limited 180 gram vinyl LP pressing. Aladdin Sane is the sixth album by David Bowie, released in 1973. The follow-up to his breakthrough The Rise and Fall of Ziggy Stardust and the Spiders from Mars, it was the first album he wrote and released as a bona fide rock star. It was one of six Bowie entries in Rolling Stones list of the 500 greatest albums of all time (at #277) and ranked No. 77 on Pitchfork Media's list of the top 100 albums of the 1970s. Lacking the thematic flow found on it's predecessor, Aladdin Sane was described by Bowie himself as simply "Ziggy goes to America"; most of the tracks were observations he composed on the road during his 1972 US tour, which accounted for the place names following each song title on the original record labels.