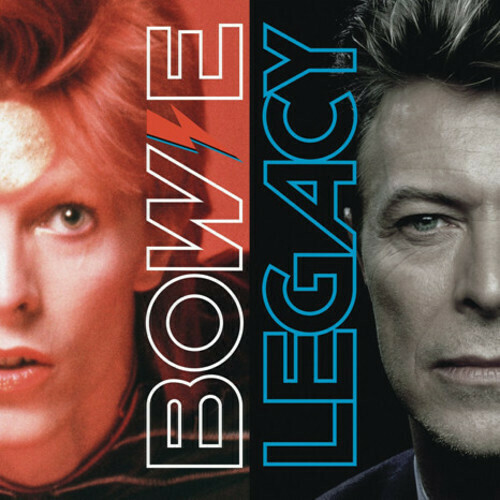 Double vinyl LP pressing in gatefold jacket (20 tracks). Legacy collects together some of David Bowie's finest singles from his first hit, 1969's 'Space Oddity' through to his final recordings like 'Lazarus'. Features a previously unreleased version of the classic 1971 single 'Life On Mars?' mixed by it's original producer Ken Scott. Also includes the single versions of "Let's Dance," "Ashes to Ashes," "Starman," "The Jean Genie," "Golden Years," "China Girl," "Heroes" and more. David Bowie was an influential figure in popular music for over five decades, regarded by critics and musicians as an innovator, particularly for his work in the 1970s. His career was marked by reinvention and visual presentation, his music and stagecraft significantly influencing popular music. During his lifetime, his record sales, estimated at 140 million worldwide, made him one of the world's best-selling music artists.