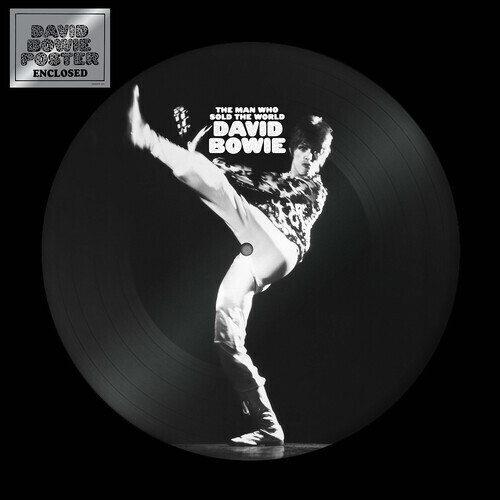 Limited vinyl picture disc pressing of The Man Who Sold The World album featuring the striking black and white imagery of the 1972 reissue. - Even though it contained no hits, The Man Who Sold the World, for most intents and purposes, was the beginning of David Bowie's classic period. Working with guitarist Mick Ronson and producer Tony Visconti for the second time Bowie developed a tight, twisted heavy guitar rock that appears simple on the surface but sounds more gnarled upon each listen. The mix is off-center, with the fuzz-bass dominating the compressed, razor-thin guitars and Bowie's strangled, affected voice.