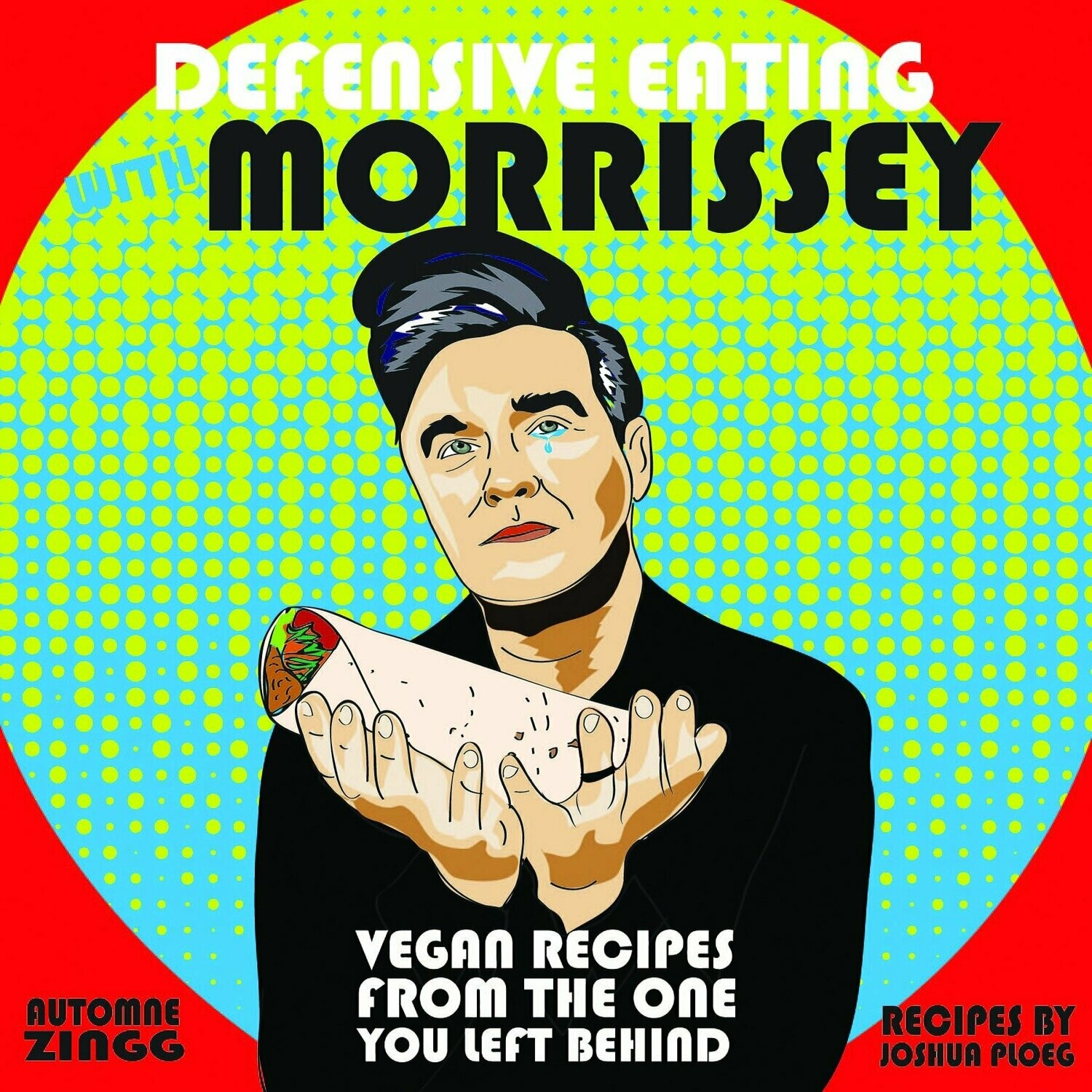 Poor Morrissey. He's just so... so... hungry. And meat is murder, so that narrows his options by a lot. Until now, at least! With the arrival of the Defensive Eating with Morrissey cookbook, our dear Moz no longer needs to suffer such terrible hunger, such ruthless indecision, or the emotional impact of a major blood sugar crash at the worst possible moment. These 100+ vegan recipes make enough unbelievably delicious, poetic food for him to eat his fill and have plenty left over for later. Sweetness, he's even saved enough for you.