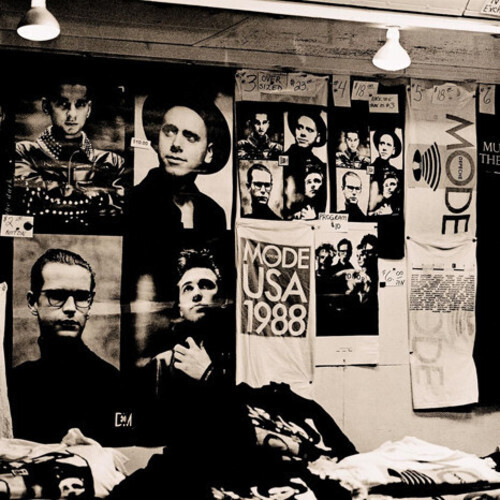 Limited double 180gm vinyl LP pressing. 101 is a live album and documentary by English electronic band Depeche Mode released in 1989 chronicling the final leg of the band's 1987/1988 Music for the Masses Tour and the final show at the Rose Bowl in Pasadena which was held on 18 June, 1988. Group member Alan Wilder is credited with coming up with the name; the performance was the 101st and final performance of the tour (and coincidentally also the number of a famous highway in the area). The film was directed and produced by D.A. Pennebaker. Pennebaker admitted there was a similarity between Depeche Mode and some of the other artists he'd filmed before (Bob Dylan and David Bowie): "I found the audience very rapt; they were there for that band. Not any band would do. I got the feeling that maybe there was no other band they'd ever go out for again in that assemblage, and it made me take that audience fairly seriously."