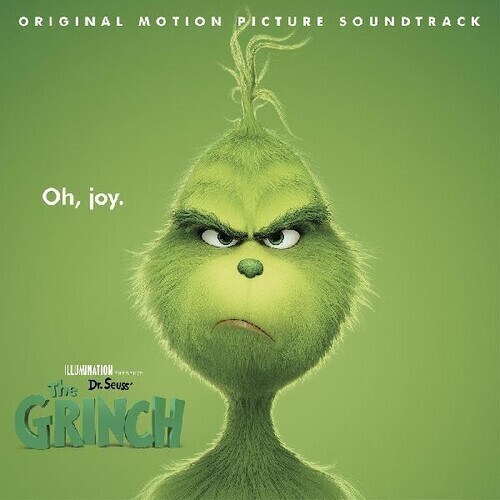 THE GRINCH: Danny Elfman & Tyler, the Creator Reimagine a Classic Soundtrack, Dr. Seuss' The Grinch (Original Soundtrack). Illumination and Universal Pictures present The Grinch, based on Dr. Seuss' beloved holiday classic. The timeless tale of a cynical grump who goes on a mission to steal Christmas, only to have his heart changed by a young girl's generous holiday spirit, if The Grinch is being reimagined, so should the soundtrack. Today I received the full details on The Rock Father™-approved tracklisting for the Original Motion Picture Soundtrack for The Grinch - an album featuring some classic tracks from Run-DMC and The Brian Setzer Orchestra alongside some new cuts as well. One of those tracks is a complete re-working of "You're a Mean One, Mr Grinch" by composer Danny Elfman and Tyler, the Creator.