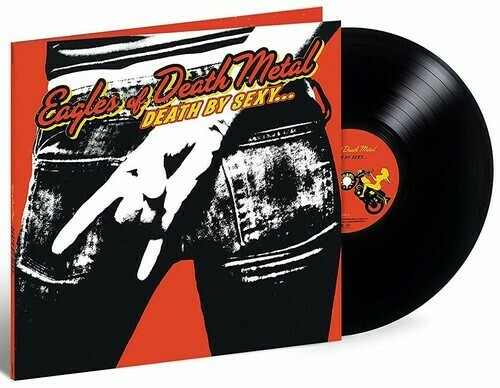 Limited 180 gram vinyl LP pressing. Death by Sexy is the second album by Eagles of Death Metal. It was produced by Josh Homme and released in 2006. The cover of Death by Sexy has elements similar to the covers of The Rolling Stones' Sticky Fingers, and Mötley Crüe's Too Fast for Love. The track "Don't Speak (I Came to Make a Bang!)" was featured in a 2008 Nike commercial directed by Guy Ritchie, which included the likes of Zlatan Ibrahimović, Cristiano Ronaldo, and Ronaldinho. Out of print since 2006.