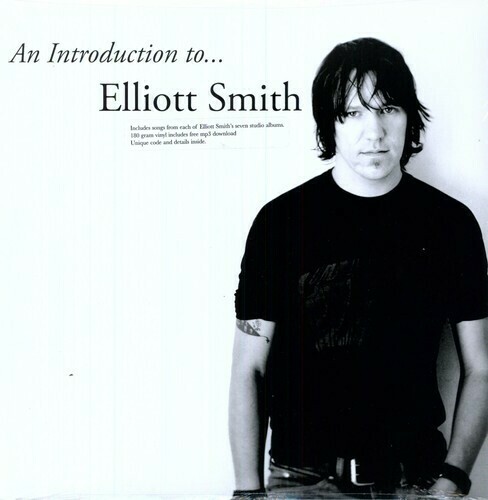 Elliott Smith / An Introduction To

Seven years after his untimely death, the brilliant Portland singer/songwriter is being honored by his former label, Kill Rock Stars. The album features 14 tracks compiled from all 7 of Elliott Smith's albums (including his albums on Geffen and Domino): 'Roman Candle', 'Elliott Smith', 'Either/Or', 'XO', 'Figure 8', 'From a Basement on the Hill', and 'New Moon'. 'An Introduction to...' is, as the title suggests, intended as an introduction to one of the greatest songwriters of our era. Elliot rose to semi-mainstream success in 1997, when director Gus Van Sant used some of his songs in the film 'Good Will Hunting'. One of those, "Miss Misery, " went on to earn an Academy Award nomination for Best Song in a Motion Picture. Elliott performed "Miss Misery" on the Academy Awards telecast March 23, 1998. In that same year his cover of the Beatles "Because" was the end-credit song for the Academy Award winning film American Beauty.