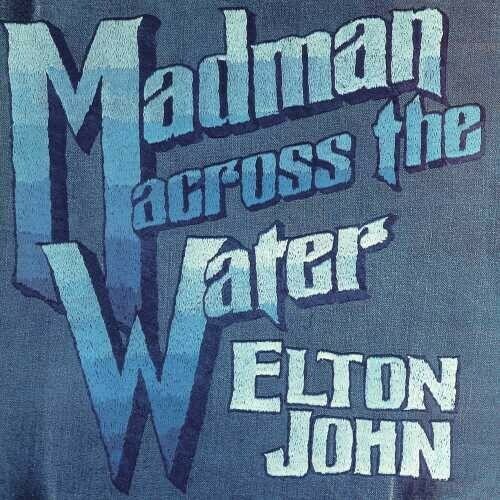 Elton John - "Madman Across The Water" This was the last album to feature John's regular touring band on only a single song. As with all John's songs during this period, the lyrics were penned by his writing partner, Bernie Taupin. Madman Across the Water was certified Multi-Platinum in 1998, representing shipments of over 2 million units in the US. The album featured the hit singles 'Levon' and one the Elton's biggest career singles to date, 'Tiny Dancer'.