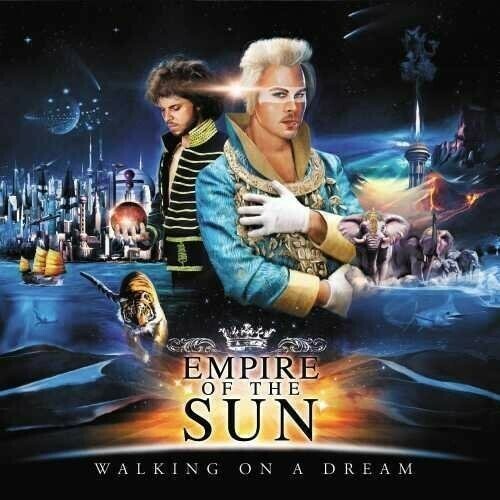 Empire Of The Sun / Walking On A Dream

U.S. vinyl LP pressing of the 2009 debut album from Empire of the Sun, a collaboration between Luke Steele from The Sleepy Jackson and Pnau main-man Nick Littlemore. Though the occupy the same aural terrain as bands like MGMT, Empire of the Sun stand out in the crowd, chiefly due to their exceptional melodies and the fact that they don't take themselves too seriously. The spectacular album art was created by multi-Aria award winning design studio Debaser and will look amazing in racks and store displays. Includes 'We Are The People', 'Tiger By My Side', 'Standing On The Shore' and, of course, 'Walking On A Dream'.