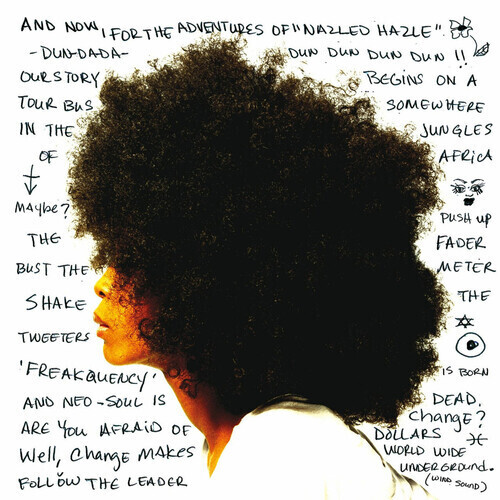 Vinyl LP. Erykah Badu considers this R&B record, "Worldwide Underground," an EP, but it is longer than most full LPs. More of a jam session release than an album of singles, Erykah gives writing and production credit to her supergroup she calls Freakquency. She's joined by stars such as Queen Latifah, Lenny Kravitz, Angie Stone, Donald Byrd and many others. It is an easy album to love, and just kick on and groove. With hits such as "Back in the Day (Puff)" and "Danger," "Worldwide Underground" climbed all the way up to #3 on the Billboard 200 in 2003.