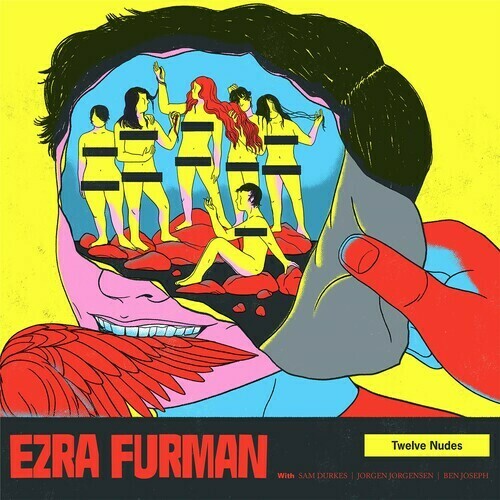 Ezra Furman is a highly thoughtful interviewee, often at the expense of convenient, neatly packaged answers. Hearing the songwriter dish on religion, rock’n’roll, and the United States of America with frequent pivots and pauses isn’t so different from hearing the four albums she’s recorded post-Harpoons—the first of at least four different backing bands that Furman has led—which jumped around doo-wop, blitzing sax-inflected pop, and scratchy-edged garage. Furman gives the same impression in both contexts: She has a lot going on up there, and she seems to feel a responsibility to sort through it all. An impatient conversationalist might prod her to just spit it out. On her most direct and brash album yet, Twelve Nudes, Furman does exactly that, and spits in a few faces along the way.