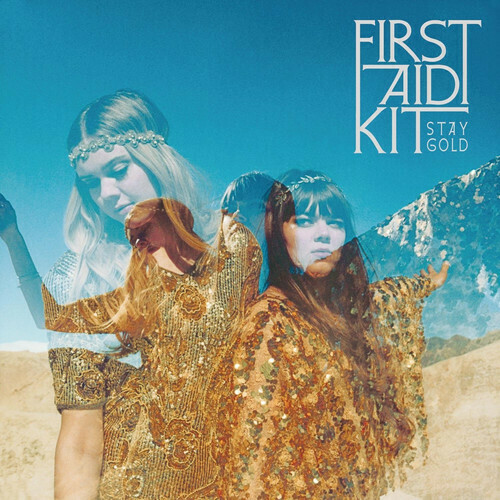 US LP pressing. First Aid Kit make their Columbia Records debut with the album, Stay Gold. The Swedish duo sisters Klara and Johanna Soderberg have honed their lush arrangements and blossomed as vivid storytellers in creating this ambitious 10-song collection of originals. Recorded at ARC studios in Omaha and produced by Mike Mogis (Bright Eyes, Monsters of Folk), the duo also enlisted the Omaha Symphony Orchestra to play on the record, with arrangements by Nate Walcott (Bright Eyes, Broken Bells, Rilo Kiley). They say of the recording process, 'We took new directions and turns with the arrangements, building them up and creating more dynamics, yet always following where the songs wanted to go.' Hailing from a southern suburb of Stockholm, Klara and Johanna began composing songs as teenagers in 2007. Their heart-wrenching song 'Emmylou' off the Lion's Roar was chosen by Rolling Stone as a Single of the Year' in 2012. They have performed on Late Show with David Letterman, Conan, and shared the stage with artists including Jack White, Lykee Li, and Bright Eyes.