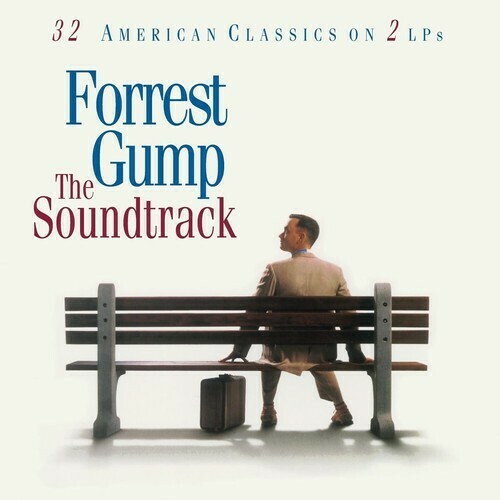 Limited double 180 gram audiophile vinyl LP pressing with printed inner sleeve. Comes housed in a PVC protective sleeve. The soundtrack to Academy Award and Golden Globe winning film Forrest Gump contains music from many well-known artists. The soundtrack peaked at #2 on the Billboard 200 albums chart in 1994, and stayed there for seven weeks. The surprise hit of the 1994 summer movie season traces the life of a half-wit through the major historical events of the 1950s, 1960s and 1970s. The soundtrack is a travelogue of the same period, from Elvis Presley's 1956 hit 'Hound Dog' to Bob Seger's 1980 hit 'Against the Wind'. Like the movie, the soundtrack to Forrest Gump succeeds at repackaging the familiar - in the film, we revisit everything from desegregation and the Vietnam War to the self-centered trends of the 1970s and on the soundtrack we hear the accompanying hits.